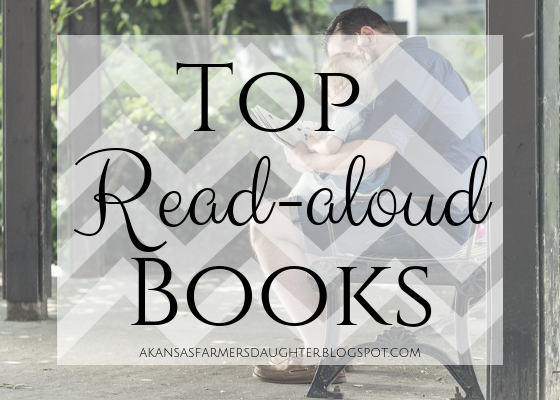 'Tis the season for shorts replaced by jeans, coats drug out of closets, and fuzzy scarves thrown haphazardly around necks.  Trees turn every imaginable shade of red, orange and yellow, and walks in the park become a favorite routine.
Let's take a walk of our own, shall we?  We'll take a stack of cozy reads and find a bench to park (pun unintended) ourselves at for awhile. 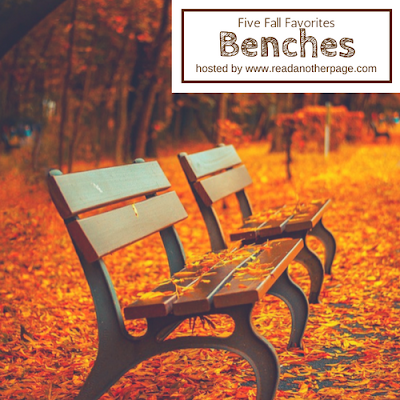 These are all books that have been read aloud to my family at some point or another, so I can testify firsthand that these are family-friendly! ;) 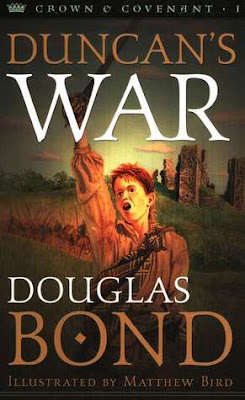 Young Duncan M'Kethe finds himself caught in the web of Sir James Turner, the former Covenanter turned military leader of the persecutors. Duncan is torn by his hatred of Turner's dragoons, who have treated his friends cruelly, and his father's instructions to love them. He must be true to Jesus Christ while attempting to rescue his father from enemy hands.

A much-loved book that not only has been read aloud to us twice, but I also read it myself, along with the following books in the trilogy.  They're all epiiiic.

The Lost Clue by O.F. Walton 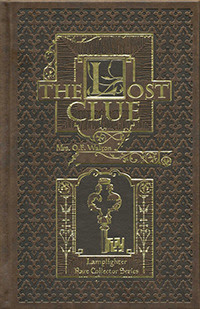 In this intriguing mystery, Captain Fortesque finds himself torn between two loyalties. Having been educated in the finest schools of England, he enjoyed acceptance in high society, but kept his true upbringing a secret. Then the day came that changed the course of his life. It all started with the mysterious note that could only be read after his father’s death. Will he be able to endure the dramatic challenges he will now face?In the meantime, everything in Daisy Bank seemed crooked and out of shape. Across stretches of dark stagnant water, Marjorie wandered over the wilderness of ashes, wondering how anything could grow in such poor and barren soil. But she learns that even in the midst of that bleak, coal-mining region, she can be ‘a tree of the Lord’s planting,’ bringing sunshine and growth to the dark, dreary world in which she finds herself.


Really, all of the Lamplighter books are really good to read aloud.  Except for The Hidden Hand, which about put me to sleep, but we won't go there.  The Lost Clue made us laugh, and the plot was super intriguing.

The Curse of Urumbu by Piet Prins 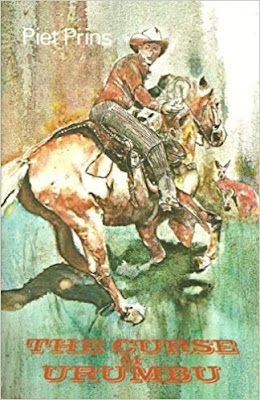 Jack Westerbann is a Dutch immigrant to Australia.  His father's execution by the Germans during World War II put a severe strain on Jack's faith.  While in Australia, working as a cowhand, he abandons his faith.  He decides to retrace his roots, but first he wants to cross the continent once more and visit places he's never seen before.

On his journey he kills a wallaby, not knowing he has thereby violated an aboriginal taboo.  The tribe's witch doctor pronounces a curse on Jack and the hunt is on.

The story is fast-moving and exciting.  Jack's flight lands him in on predicament after another.  Yet this is not action pure and simple; the story is laced with vivid graphic descriptions of the fascinating Australian landscape.

Ahh, just rereading that synopsis makes me think it's time for a reread.  So.  Much.  Suspense.  The entire family loved this one—even the boys!  Plus, it takes place in Australia, which is cool, mate!

Shepherd of the Hills by Harold G. Wright 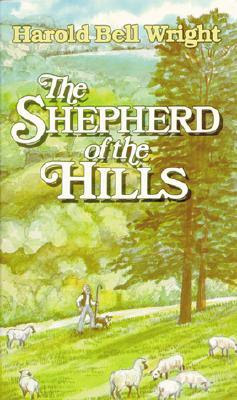 In The Shepherd of the Hills, Wright spins a tale of universal truths across the years to the modern-day reader. His Eden in the Ozarks has a bountiful share of life's enchantments, but is not without its serpents. While Wright rejoices in the triumphs, grace, and dignity of his characters, he has not naively created a pastoral fantasyland where the pure at heart are spared life's struggles and pains. Refusing to yield to the oft-indulged temptation of painting for the reader the simple life of country innocents, Wright forthrightly shows the passions and the life-and-death struggles that go on even in the fairest of environments that man invades. The shepherd, an elderly, mysterious, learned man, escapes the buzzing restlessness of the city to live in the backwoods neighborhood of Mutton Hollow in the Ozark hills. There he encounters Jim Lane, Grant Matthews, Sammy, Young Matt, and other residents of the village, and gradually learns to find a peace about the losses he has borne and has yet to bear. Through the shepherd and those around him, Wright assembles here a gentle and utterly masterful commentary on strength and weakness, failure and success, tranquility and turmoil, and punishment and absolution. This tale of life in the Ozarks continues to draw thousands of devotees to outdoor performances in Branson, Missouri, where visitors can also see the cabin where the real Old Matt and Aunt Mollie lived.

I suppose I could've put this in my western section... but I adored this book when Daddy read it aloud to us a few years ago.  It'll draw you through the pages to the Ozarks. 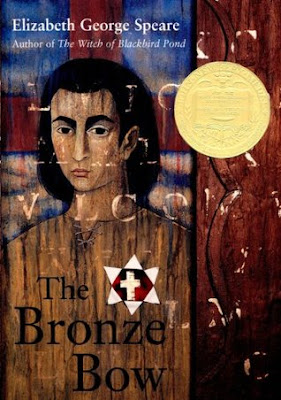 He trains my hands for war, so that my arms can bend a bow of bronze. –from the Song of David (2 Samuel 22:35) The Bronze Bow, written by Elizabeth George Speare (author of The Witch of Blackbird Pond) won the Newbery Medal in 1962. This gripping, action-packed novel tells the story of eighteen-year-old Daniel bar Jamin—a fierce, hotheaded young man bent on revenging his father’s death by forcing the Romans from his land of Israel. Daniel’s palpable hatred for Romans wanes only when he starts to hear the gentle lessons of the traveling carpenter, Jesus of Nazareth. A fast-paced, suspenseful, vividly wrought tale of friendship, loyalty, the idea of home, community . . . and ultimately, as Jesus says to Daniel on page 224: “Can’t you see, Daniel, it is hate that is the enemy? Not men. Hate does not die with killing. It only springs up a hundredfold. The only thing stronger than hate is love.” A powerful, relevant read in turbulent times.

When The Bronze Bow was read aloud to us so many years ago, I regrettably didn't pay much attention.  I wished I had when I picked it up a couple years later to read myself—it was so good!  And his relationship with his little sister... <3 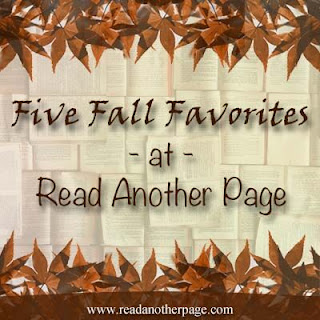 Another thing to remember—the giveaway! 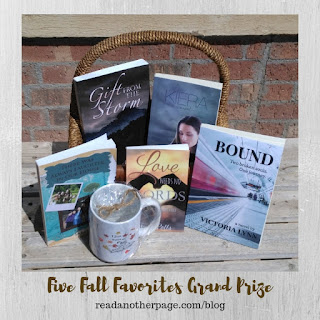 a Rafflecopter giveaway
Posted by Kaitlyn Krispense at 6:00 AM