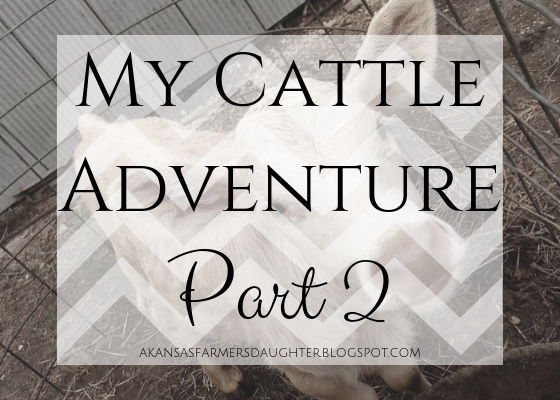 So after the gates are as they were, it's time to herd the cattle down the to the working shed.  Once there, Kordell tells me to get in Jarvis's pen next door while he separates some of the cattle.  So I hop in and Jarvis moseys over to me.
Now, I say 'mosey' in the most literal sense.  He was barely walking, really.  In case you haven't gathered the fact, he's the laziest calf you've ever seen.  Plus, he's potbellied, which adds to the effect. 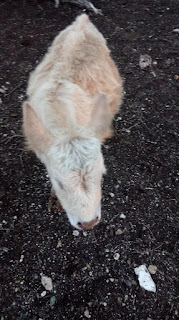 So I started petting him, and he thought he'd take a taste. 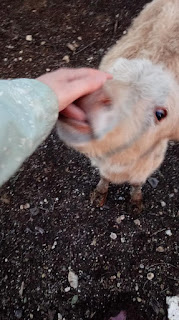 Well, after he determined that my skin didn't quite meet his requirements, the top of his head started itching.  I didn't get that memo, since he and I obviously don't speak the same language.  So he took it upon himself to use me as a scratching post.

He then commenced to kicking up his heels once and tearing off behind a tree.

And what's Kordell doing this whole time?  Getting cattle ready to go through the working shed and into the trailer. 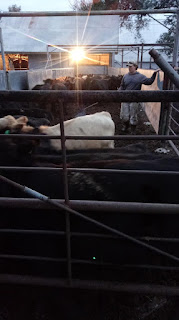 Well, it occurred to me that Jarvis is so lazy, surely he won't run away from the flag!  So I whipped it out and held it in front of him.  If I flicked it, he actually flinched.  But then he seemed slightly more comfortable, and even gathered enough gumption to come up and hesitantly sniff the thing.  But it didn't last long. 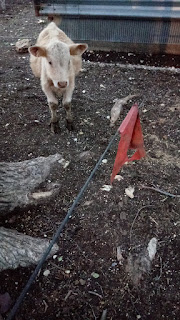 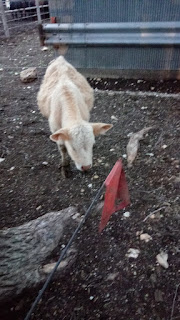 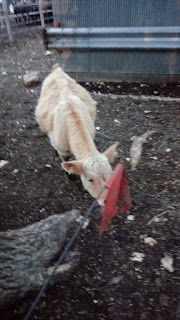 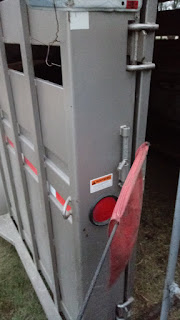 So after I masterfully prevented the return of the cattle, and even got a couple unstuck, Kordell told me I could go wash off my boots really quick at the hydrant while he pulled around the yard and out of the other driveway. 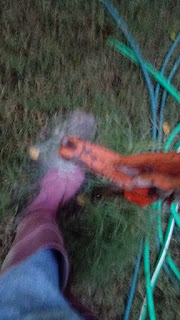 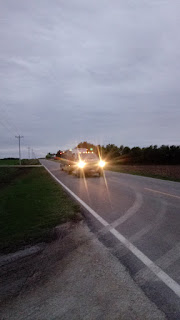 So we're on our way to the other farm to drop the cattle off and load some more to bring back here. Why, exactly?  Um, ask the guys.  I just tag along with minimal questions that I don't think of until after it's happened, like now. 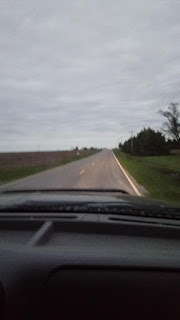 Once at the other farm, Kord pulled into the yard and commenced to backing up in semi-darkness with a trailer.  Slightly impressive. 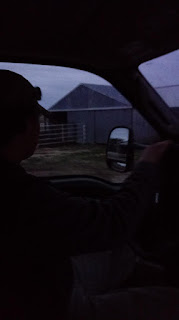 So about this time Birdo shows up and my services are no longer needed, so since I have to just stand around waiting for my ride home, I watch him take my flag and help Kordell unload. 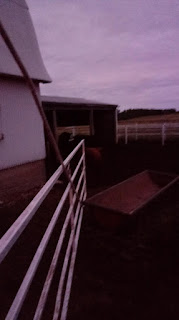 Then they moved to the loading chute to pick up some cattle to move home. 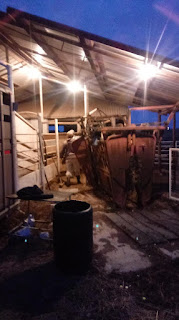 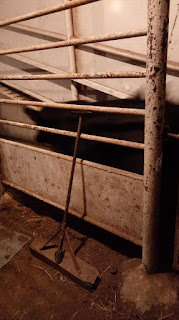 And then we were on our way home again!  They were going to load some more cattle to take back over, but by this time I decided Mom needed my help with supper (AKA I didn't wanna do any more 'cause I couldn't do anything to help).
And thus ends my cattle adventure.  Have you had any similar experiences? ;)
Posted by Kaitlyn Krispense at 3:27 PM

Email ThisBlogThis!Share to TwitterShare to FacebookShare to Pinterest
Labels: Farming, My Family, Ramblings