A Question of Courage: Blog Tour

Yes, another blog tour. ;)  This time for the second book in Jesseca Wheaton's Questions of War series: A Question of Courage! 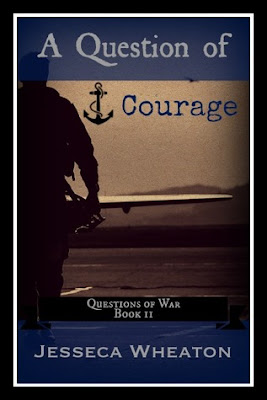 A man.  A decision.  A destiny.
Rafe Sullivan never imagined the war would come to his doorstep.  But when Pearl Harbor is attacked and America's focus suddenly shifts to the pacific, he finds he can't ignore the problem anymore.
Leaving the life he loves behind, he joins up to do what he does best.  Fly.
Yet, nothing could have prepared him for the horrors of war, and the struggle that is going on in his own heart.  As an outstanding navy pilot, he is stationed on one of the few Pacific carriers.  But could God be calling him to step out in faith, and go beyond the call of duty?
Lily wilson gives her all to help the hurting community around her.  With the bombing of Pearl Harbor, the war is brought home to many American families.  And as a nurse, she longs to be able to relive some of the suffering.  Yet, her own grief is still fresh in her heart, and though she's made the decision to get on with her life, she can't seem to leave the past behind.  When healing at last comes, the guard she placed around her heart slowly begins to crumble.
But when she receives the news she hoped she would never again hear, can she trust that God's plan is always right?
Arthur Warrington saw the Navy as an escape from the life he left behind.  And it seems good for him.  He is able to forge new friendships and distance himself from his past.  But when his best friend makes a decision that rocks his world, he is left grappling with the question: what is true courage?
Three lives.  One War.  And a search for the Courage to go on.

This time, I will be doing an author interview.  But first, a bit about the author herself! 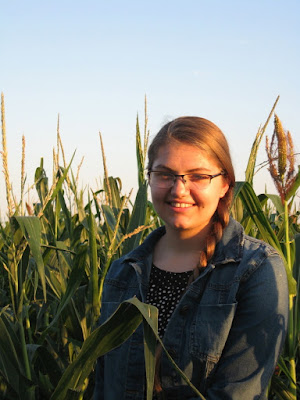 Jesseca is a daughter, sister, and a child of God.  Her days are spent reading, cooking, spending time with siblings, or playing piano.  And writing, of course!  At an early age words fascinated her, and her love for the printed page has only grown.  She lives with her parents and seven siblings in the sunny state of Kansas, and she's convinced there's no place like home.

First off, a note from Jesseca:

Disclaimer: I know Kate in real life, and we’ve been friends for a couple years. I think that’s kinda evident in the questions and answers. ;) I tried to give each question a serious answer, but I also took the liberty in answering them as I would if she had been sitting across from me, and asked them.

With greatest pleasure, dearest, I shall do so! Five items of consideration? Grumman Wildcat, U.S.S. Enterprise, Guadalcanal, Pearl Harbor, and . . . naturally, World War. The second.

2. What inspired the storyline for A Question of Courage?

To be honest, I don’t really have one thing. A lot of it I decided as I wrote. At the beginning or writing, I sat down and wrote out a quick sketch. I knew I wanted to write about Guadalcanal, because it’s a place not many people know about in relation to WWII. I also knew how I wanted the ending to be, I just had to figure out how to get there. A lot of the storyline just came to be as I wrote. I had an outline, but I didn’t always stick to it. I wanted to really bring out the harsh realities of war, but in doing so, still focus on the hope of the light of Christ, even when things look hopeless.

3. How do you feel your writing has changed/improved since writing A Question of Honor?

Umm . . . I’ve never been asked this questions before. *thinks* Is there anyway to answer this without sounding weird? [Not at all—that's why I asked it. B-) Okay, just kidding, just kidding. XD] One thing I know that has improved is the setting. I’ve been told that I’ve gotten better at making the reader feel in the story. I think more research has played a part in that. It’s so much easier to write when you have a good taste for what the historical setting was like! Other than that . . .umm, IDK. You’d have to ask someone else who has read both books. I think the readers could answer this question better than the author.

Well, I've read the first but not the second. I need my copy. I think you need to send me a free copy so I can answer my own question. *halo*

4. Name three reasons why you love this story.

*coughs* Only three? Haven’t you heard enough about it while I was writing? I mean I think you know everything. Except maybe what actually happens in the book. [What's that supposed to even mean?!]
But anyway.  The characters are definitely one. Rafe . . . oh, goodness, I love that guy. And Art. They’re both so different, yet in many ways, similar. The setting was also fun. I’ve never written anything set onboard an aircraft carrier before. It took quite a bit more research, but it was so fascinating! [Certainly sounds fascinating!]
And the lesson that the characters were learning is another thing that I hold dear. It was something that God was teaching me around the same time I was writing the book. So I love the story for that, especially. [Ahh, yes, that always makes your book more special. ;)]

5. What is the purpose of A Question of Courage?

The purpose? Is that like the dad asking the guy what the purpose of the relationship is? [I don't even know what to say to that.] Um, well, the purpose of a relationship is normally to glorify God, yes? And so I think that answers this question well. *nods* [Mhm.]
But in all seriousness, I hope it inspires others to live lives that are courageous in the face of evil. To stand for what you know is right, even when it may be something just as simple as trusting God. Because sometimes that’s not so simple.
And also, to inspire other believers to follow God’s leading, even when maybe you don’t quite understand it. Sometimes that takes more courage than facing the fire of the enemy on a battlefield.  [Beautifully put, Jesseca. <3]

6. Why should people buy your book?

Because you recommended it to them. *nods* [I did? Is it possible to recommend a book I've never read? *shrugs* Well then. I recommend it, peeps.]


But to be honest, I don’t want them to buy it just to buy it. I don’t publish books to make sales. (Though, those are always nice. ;))


I write and publish books in an effort to encourage other believers in their walk with Christ, using a historical backdrop. So if you’re someone who enjoys historical fiction that keeps Christ at the center, give it a try and see if you enjoy it. I write books to entertain, but even more, to point people to Christ. I pray that my books encourage others and draw them closer to Christ in their walk with Him. And above all, I hope that through the book, God alone is glorified. 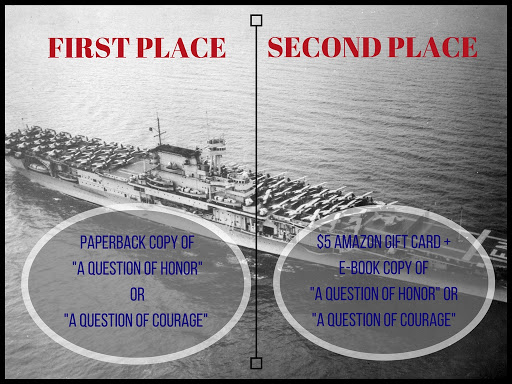 Posted by Kaitlyn Krispense at 6:00 AM 5 comments:

Happy Thanksgiving, y'all!!
I'm sorry, this isn't going to be a long, thought-provoking post.  But I hope every one of you has had a wonderful day to eat, play football (or whatever your family traditions may be), and remember all the blessings God's given you—both the good and the bad. ;)