Hi people!
Who doesn't love baby animals?  Well, the answer isn't me.  They're. So. CUTE.
Anyway.
The only baby animals on the farm right now are calves.  So, how 'bout some pictures of the adorable little guys? :D 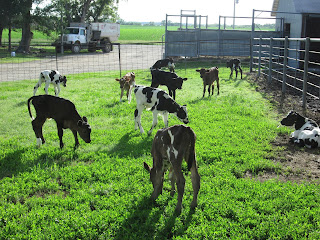 Aren't they just so… cute?? 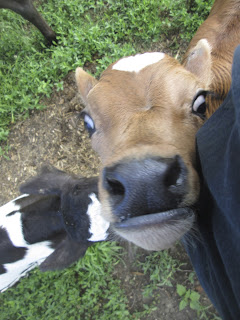 Trampas was my sister's, and so is Danny, this little guy: 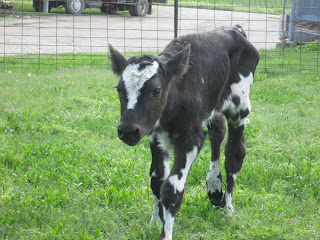 I can't say for sure which of Kordell's is which, as a lot of them look similar.  But he graciously agreed to show me which is which. :)

If you've ever been around calves, you know how slobbery they are; if you won't let them suck on your hand... 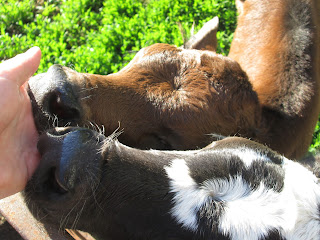 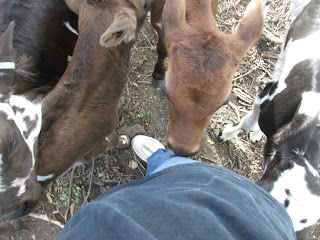 And if they can't give you a spit bath, they'll do it to the fence, or each other. 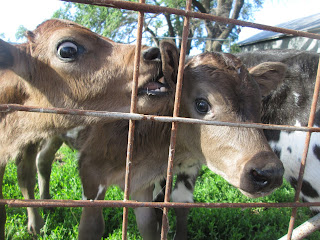 Don't let the teeth scare ya; their tongue covers them. :)

Fun trivia facts:
-Cattle don't have top teeth in the front; only bottom.
-Cattle have four stomachs.  After entering the 1st stomach, the food is belched up to be chewed again, then swallowed and sent to the 2nd stomach, and so on and so forth.

These little guys are fed milk replacer with bottles or buckets until they're old enough to eat hay and grain.

Annnnnnd… that wraps up this post!  So tell me, which do you think was the cutest? :)
Thanks for stopping by!
~Kaitlyn

Posted by Kaitlyn Krispense at 10:32 AM